Second language acquisition (SLA) is a complex process, involving many interrelated factors.
What is second language acquisition?
In order to investigate SLA, it is important to establish clearly what is meant by the term. A number of key questions need to be addressed so that the reader is clear what positions researchers have taken up in order to study how a second language (12) is learnt.
The points considered below are all central to an understanding of how researchers have set about examining SLA.
SLA as a uniform phenomenon
SLA is not a uniform and predictable phenomenon. There is no single way in which learners acquire a knowledge of a second language (L2), SLA is the product of many factors pertaining to the learner on the one hand and the learning situation on the other, It is important, therefore, to start by recognizing the complexity and diversity that results from the interaction of these two sets of factors.
Different learners in different situations learn a L2 in different ways. Nevertheless, although the variability and individuality of language learning need to be emphasized, the study of SLA assumes interest only if it is possible to identify aspects that are relatively stable and hence generalizable, if not to all learners, then, at least, to large groups of learners.
The term ‘second language acquisition’ is used to refer to these general aspects.
Second language acquisition stands in contrast to first language acquisition. It is the study of how learners learn an additional language after they have acquired their mother tongue. The study of language-learner language began with the study of first language (Li) acquisition. SLA research has tended to follow in the footsteps of Li acquisition research, both in its methodology and in many of the issues that it has treated. It is not surprising that a key issue has been the extent to which SLA and Li acquisition are similar or different processes.
Second language acquisition vs foreign language acquisition
Second language acquisition is not intended to contrast with foreign language acquisition. SLA is used as a general term that embraces both untutored (and ‘naturalistic’) acquisition and tutored (or ‘classroom’) acquisition. It is, however, an open question whether the way in which acquisition proceeds in these different situations is the same or different.
The centrality of syntax and morphology Second language acquisition refers to all the aspects of language that the language learner needs to master. However, the focus has been on how L2 learners acquire grammatical sub-systems, such as negatives or interrogatives, or grammatical morphemes such as the plural {s} or the definite and indefinite articles.
Research has tended to ignore other levels of language. A little is known about L2 phonology, but almost nothing about the acquisition of 1exis. SLA researchers have only recently turned their attention to how learners acquire the ability to communicate and started to examine how learners use their knowledge to communicate their ideas and intentions (i.e. pragmatic knowledge).
Competence vs performance
A distinction is often made between competence and performance in the study of language. According to Chomsky (1965), competence consists of the mental representation of linguistic rules which constitute the speaker-hearer’s internalized grammar.
Performance consists of the comprehension and production of language. Language acquisition studies both first and second are interested in how competence is developed.
However, because the rules the learner has internalized are not open to direct inspection, it has been necessary to examine how the learner performs, mainly in production.
Acquisition vs leaching
Second language acquisition is sometimes contrasted with second language learning on the assumption that these are different processes. The term ‘acquisition’ is used to refer to picking up a second language through exposure, whereas the term ‘learning’ is used to refer to the conscious study of a second language.
To summarize, the term ‘second language acquisition’ refers to the subconscious or conscious processes by which a language other than the mother tongue is learnt in a natural or a tutored setting. It covers the development of phonology, lexis, grammar, and pragmatic knowledge, but has been largely confined to morph syntax.
The process manifests both variable and invariable features. The study of SLA is directed at accounting for the learner’s competence, but in order to do so has set out to investigate empirically how a learner performs when he or she uses a second language.
The role of the first language
Beginning in the post-war years and carrying on into the 1960s, there was a strong assumption that most of the difficulties facing the L2 learner were imposed by his or her first language.
In order to identify the areas of difficulty, a procedure called Contrastive Analysis was developed. This was founded on the belief that it was possible, by establishing the linguistic differences between the learner’s 1…1 and L2, to predict what problems the learner of a particular 1-2 would face. 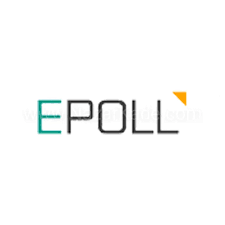